"The plan was once for Rivera to return to the rotation.
There would have been a revolt by teammates if it were even tried." 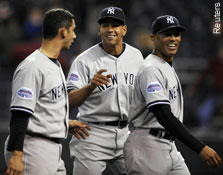 "Homers by Rodriguez and Posada in the ninth
NY Post by George King, "Shuffle Mode," 4/11/08 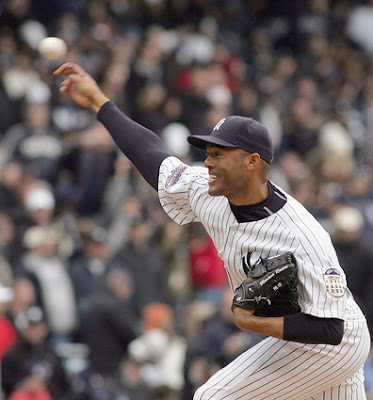 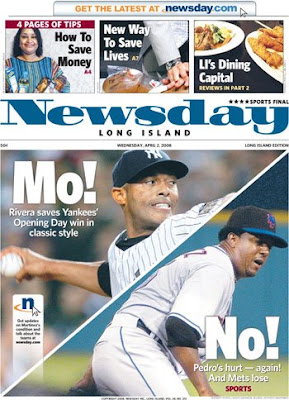 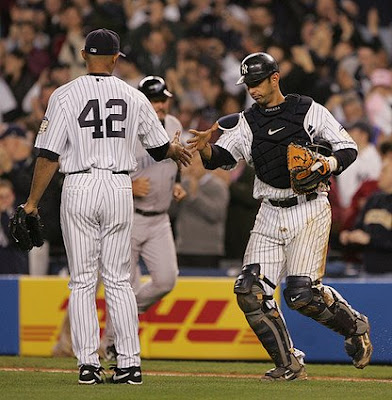 Words from NY Daily News' Mike Lupica:
But then all the memories are supposed to be even more valuable this year, this side of 161st. That is just the way it is going to be. Rivera put one on the outside corner and Overbay just stared at it for strike three, like some dealer had turned over a card and busted him out.

The night shouldn't have been nearly this loud, this exciting. It was. Whole 'nother place. Still."