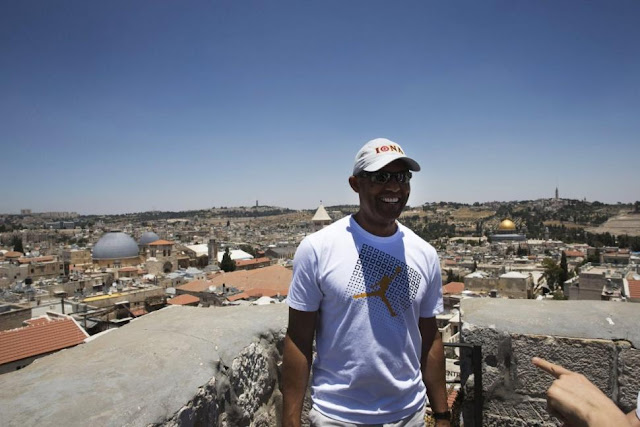 Image caption: "Mariano Rivera smiles during a tour of the Tower of David in Jerusalem's Old City." Reuters 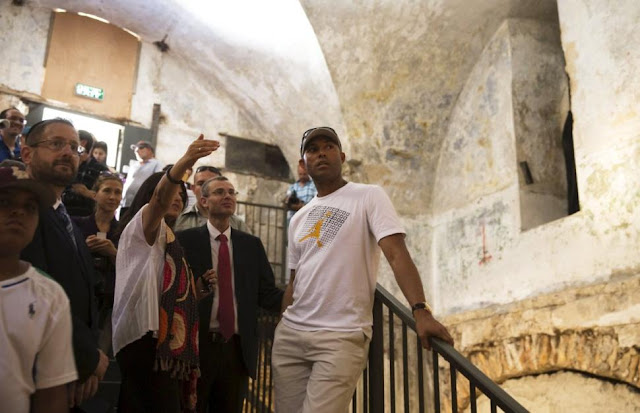 "Mariano Rivera says the New York Yankees’ bullpen is getting by just fine without him. Still, the 45-year-old retired closer put in a prayer for his former teammates during a visit to Israel on Thursday. He says “they have a tremendous bullpen. They have a great team, period.

Rivera spent the day touring the Tower of David, an ancient Citadel and other famous sites in the Old City.

He retired after the 2013 season with a record 652 saves plus 42 more in the postseason. His son, Mariano Rivera Jr., agreed to a $410,700 signing bonus with Washington after the Nationals selected him last week on the fourth round of baseball’s amateur draft." Images via NY Daily News, 6/18/15, "Yankees great Mariano Rivera prays for team during trip to Israel," AP